Indigenous leaders, water protectors, and environmental activists gathered at 13 branches of Chase Bank throughout Seattle in a coordinated effort to disrupt their operations in protest of the banks funding of fossil fuel project like the Keystone XL Pipeline.

Chase Bank at Uwajimaya in Seattle

Chase Bank at 2nd and Union 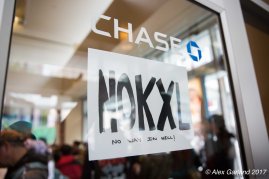 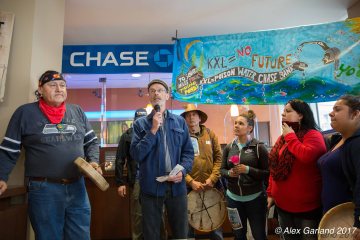 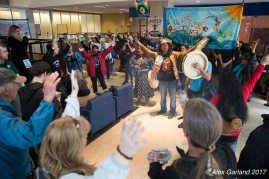 Chase Bank near 4th and Pike

There are reports of seven Chase Bank branches that were closed because of the disruptions and 24 activists were arrested.