Nearly 300-400 activists and community members showed up to protest ICE at their downtown headquarters in Seattle. This diverse crowd was joined by passersby and cheered on by cyclists and those driving by in cars. While loud chants of “free the children” echoed through the streets of downtown, less than 15 Proud Boys and III%ers made a small, ineffectual attempt at a counter-protest by chanting “build the wall” and “lock them up”, were soon separated by SPD who formed a wall between the two groups. Some of those gathered to counter-protest were open carrying pistols while one had a rifle slung across his chest. Those protesting ICE were not open carrying any weapons and peaceful in their demonstration. There were no arrests. 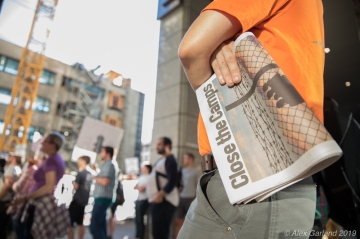 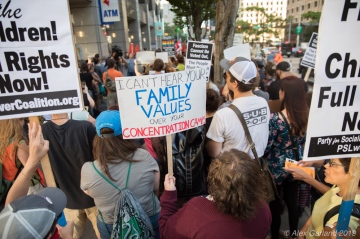 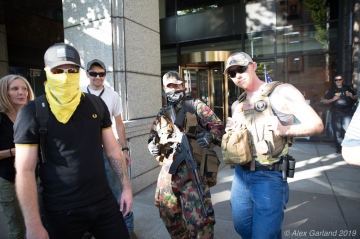 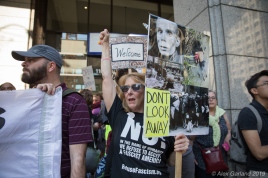 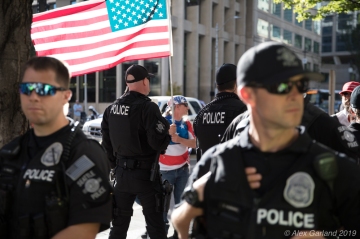 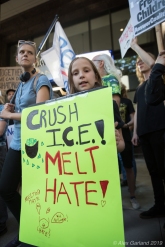 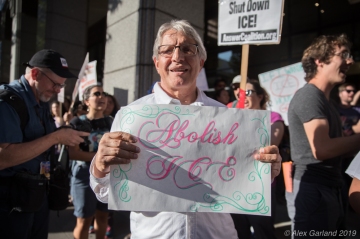 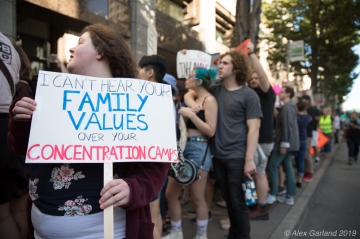 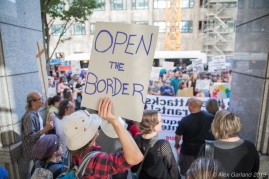 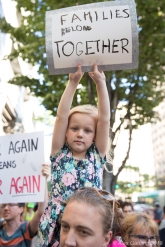 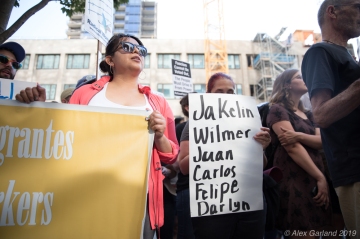 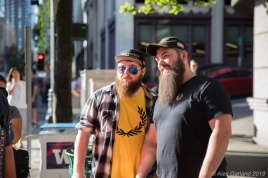 “We can no longer watch as our friends and neighbors are torn from their homes by the Trump Administration. We can also no longer wait for our politicians to decide when the right time is to solve this crisis. With every child that dies in a cage due to inhumane conditions, we are reminded that the time is now. ICE violates the very being of our most vulnerable communities and they must be abolished, alongside all detention. We are the solution. Every day we bear the guilt and pain of watching our nation descend into fascism.
The time is now to stand in defense of asylum seekers, migrants, and people of color. The Northwest Detention Center, the largest private immigration prison in the United States, is Washington’s best kept secret. The offices at 1000 2nd Ave serve as the nexus for Washington’s deportation machine. This fight is not only happening on the Border — it’s here. Rally the city. #NeverAgain.

OUR DEMAND: That the Washington legislature bans private immigration detention centers throughout the state. Illinois recently became the first state to do so; let’s become the second.

BRING YOUR FRIENDS AND SIGNS.
This is a mass action, not an arrest action. Some attendees may be undocumented, so please be mindful of your words and actions. Simply, do not incite violence.

If you have any questions or are part of an organization that would be interested in speaking at our rally, please send us a message at rallythecity@gmail.com. We will be updating this page frequently with confirmed endorsements and speakers.