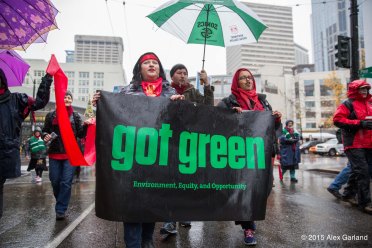 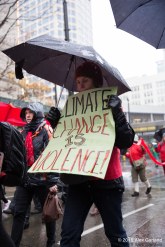 As 30,000 rally in Paris on the final day of climate talks at the United Nations conference on climate change, nearly 200 rally in Seattle, slogging through downtown streets chanting for immediate action in the fight against climate change. Demonstrators gathered at Westlake Park for a short rally before marching down Pine to 1st Ave. then through the Pike Place Market before ending at Victor Steinbruck Park with another short rally. 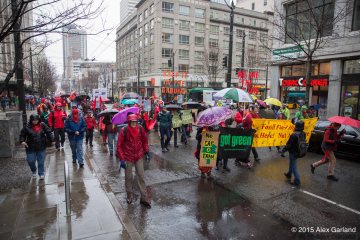 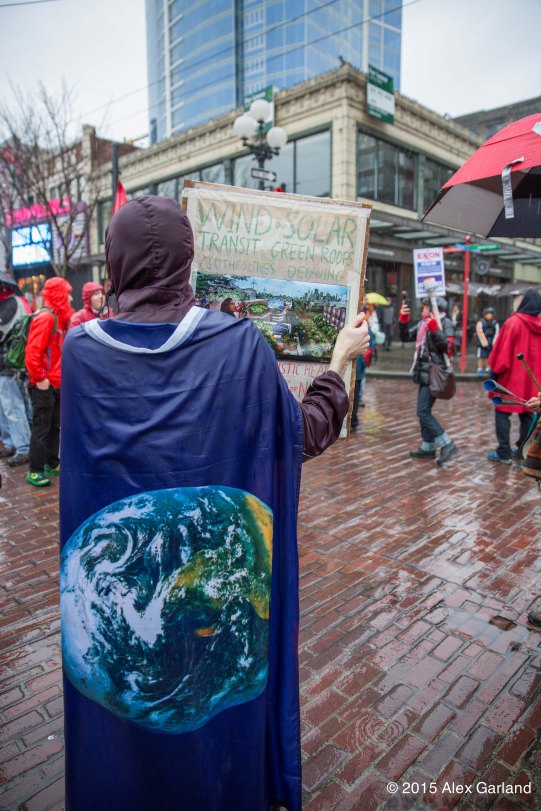 As those marching in Seattle, Paris, and around the world demanded solutions to climate change, representatives from 195 countries joined together in Paris agreeing to a historic climate accord with ambitious goals of reducing carbon emissions and ways to attain them. President Obama remarked in his speech”Full implementation of this agreement will help delay or avoid some of the worst consequences of climate change…moreover this agreement sends a powerful signal that world is firmly committed to a low carbon future, and that has the potential to unleash investment and innovation in clean energy at a scale we have never seen before … This agreement represents the best chance we’ve had to save the one planet that we’ve got.” 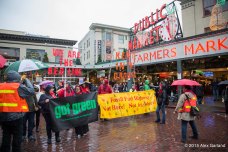 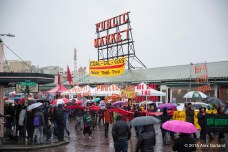 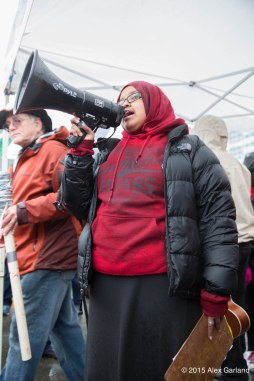 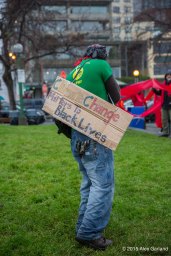 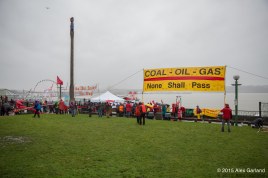 From the Facebook event page…”Nature doesn’t compromise, but negotiators in Paris will. In Seattle and around the world, we have to commit to defending the lines that cannot be crossed if we hope for a stable climate. Here in the Pacific Northwest, we’ve already begun. But we need to deepen our commitment: we can’t let Washington state turn into the world’s dirty energy transport depot.

At 12:12 on 12/12, we’ll make noise to show that our voices are united as we fight for a just and living planet. Then we’ll head to Victor Steinbrueck Park for a pledge of resistance (and red scarves to remind us of what we need to do). Join us!

Our emcee is Hodan Hossan from Got Green? and Laurie Torres is our chant-leader!

Bring noisemakers, pots and pans, airhorns, instruments — be prepared to make some noise.