Green Party Presidential candidate Jill Stein gets a kayaktivism training before hitting the water with the luminary flotilla, demanding a transition to renewable energy using LED light panels and paper lantern globes to send their message. 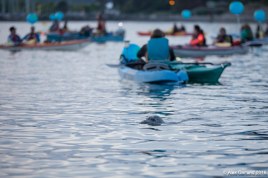 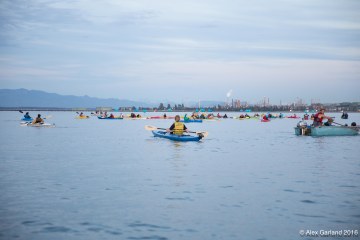 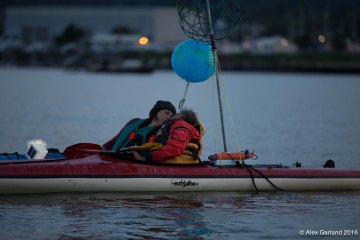 Under the cover of darkness, environmental activists met at Farm to Market road and Highway 20 and began putting their lives on the line in protest of fossil fuels. The railroad blockade took over BNSF tracks leading to the Shell and Tesoro oil refineries at March Point, near Anacortes, Washington. Over 100 people blocked the tracks, they locked to a van, set up tents, and erected scaffolding to prevent an average of 100 oil tankers per day from reaching their destination. Four tents with composting toilets lined the tracks allowing campers privacy, while volunteers, self described as “scarabs”, gathered buckets when full for proper disposal. Despite false reports by some media outlets, trash was regularly picked up, removed, and properly disposed of, even going so far as to separate compost, recycling, and trash. Being environmentalists, banners, signs, and even bedding were made from recycled items. 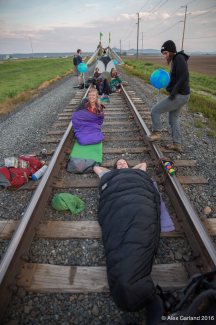 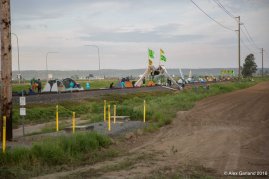 While over 100 activists blocked rail lines, over 1000 activists and indigenous leaders marched almost 8 miles past the Shell and Tesoro refineries in protest of continued research and exploration for fossil fuels instead of concentrating on renewable energy. The Swinomish people, who were the traditional stewards of the land occupied by the oil refineries, lost their land when President Grant took it in 1873 by executive order. Now the waters are so toxic they can no longer gather shellfish. 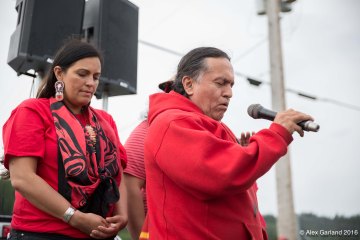 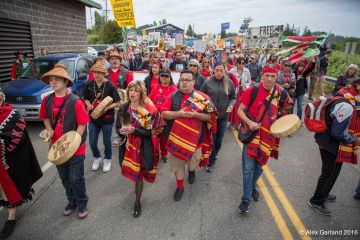 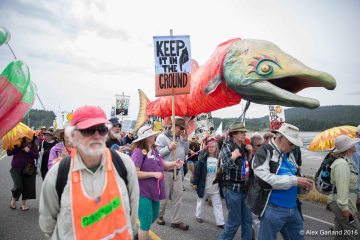 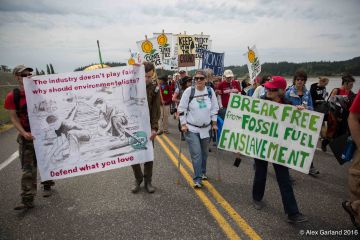 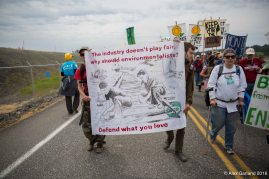 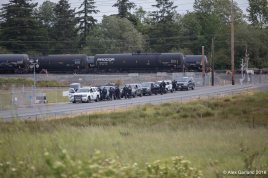 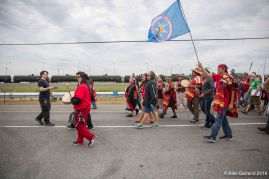 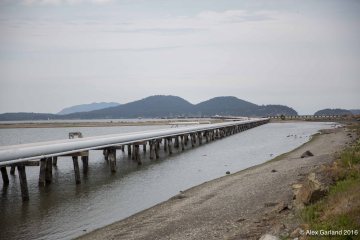 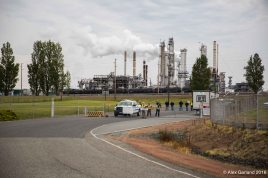 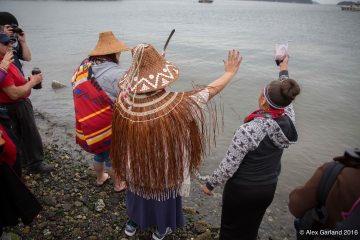 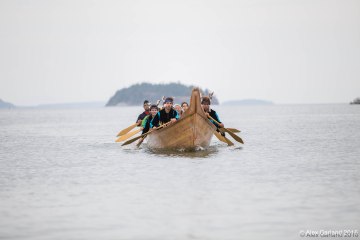 Activists committed to the rail blockade stayed again for a second night as they were joined by others with tents, bringing the numbers for night two close to 200 people occupying railroad tracks. The determination of the protestors was as high as their spirits, as they sat on and around the scaffolding and road crossing, singing songs and eating donated food. Determined in their attempt at a transition from fossil fuel to coal, activists were confident in their mission of disrupting the fossil fuel industry. You can read more about the “Just Transition” movement here, http://breakfreepnw.org/2016/04/26/getting-serious-keeping-fossil-fuels-ground-means-getting-serious-just-transition/. 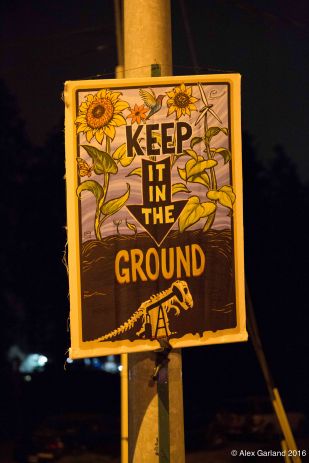 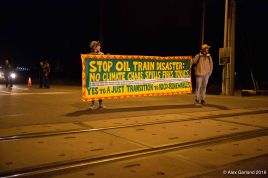 The next day at 5:30am, activists were roused from their tents by almost 50 armed riot police and given the option to leave or be arrested. Many chose to stay, holding on to “lock boxes” which make it difficult for police to separate protestors. Police are often forced to use rescue saws to remove the metal wrapped tubes from activists. This display of civil disobedience ended with the arrest of 52 activists and several trespass charges. 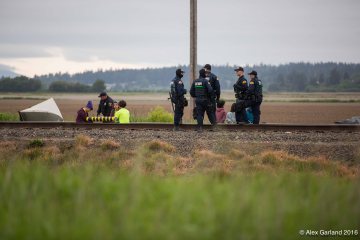 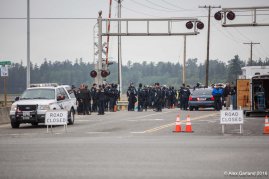 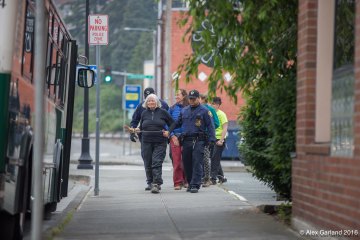 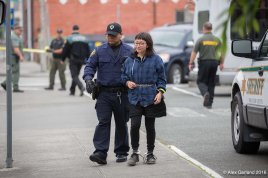 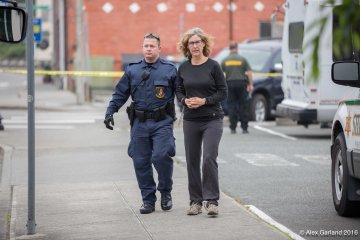 As those who were arrested were being released, hundreds more gathered at Seafarer’s Memorial Park in Anacortes, Washington to take Fidalgo Bay by kayak. Banners were lifted, a kayaktivist was safely pulled from the water by fellow kayaktivists after a roll, and a beach on March Point was landed on by kayaktivists to raise banners while being greeted by State Troopers in riot gear. The winds picked up and white caps rolled in but all activists in kayaks made it back to shore safely, concluding the activism portion of the weekend. Almost 2000 activists were reported to have taken part in the activism and support roles over the weekend in Anacortes but many thousands more held events across the globe in a effort to “Break Free” from fossil fuels. 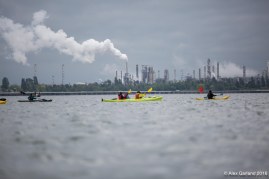 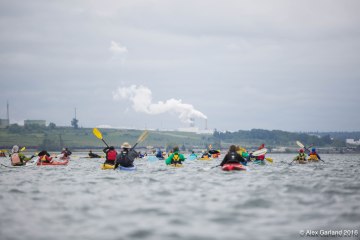