Hundreds filled Westlake Park in downtown Seattle in protest of ICE enforcement of federal policy to arrest and detain immigrants seeking asylum and separating families in the process. WA Congresswoman Pramila Jayapal spoke on the separation of children from their families and the conditions at the detention center she visited.

“I promised these women that we will get them out and we will reunite them with their families…We are building a movement to make sure that we get them out of there and we get this policy reversed…The UN Human Rights Commissioner has already weighed in on this and has said that this is a violation of the rights of the child. The United States of America had to have the UN Commissioner on Human Rights tell us that this is a violation. We should know that already! It is outrageous that we are doing this…We are going to have a mass mobilization. Hopefully you will hear about it in the next 24 hours and you will get details on it.” – Pramila Jayapal 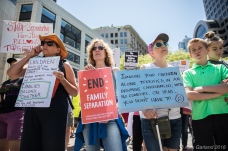 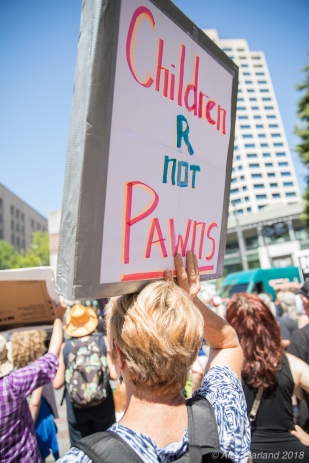 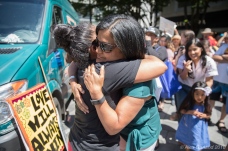 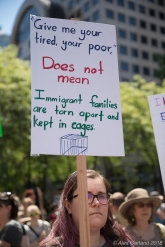 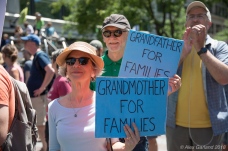 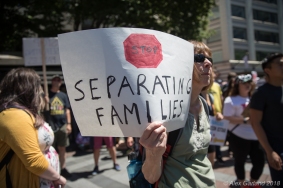 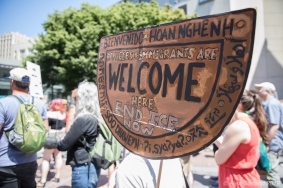 “All over the country, thousands of people are organizing rallies, marches, vigils in 60+ cities to protest the cruel separation of children from their parents at the border and the conditions in which Trump is holding children in detention. Congress has the power to stop tearing families apart b/c all #FamiliesBelongTogether #NoEstanSolas #ChingaLaMigra

Join the Rally, on Fathers Day, June 17th, at noon, and stand in solidarity with asylum seekers who have been separated from their children. We are gathering endorsers and speakers now, and will be posting more info soon. See current endorsers below.

1) We demand the immediate release of the imprisoned asylum seekers—mothers and fathers all—and that they be reunited with their children.

2) Washington State agencies and the City of Seattle should not collaborate with or facilitate immigration enforcement, detention, or deportation.