While the numbers of the far right groups like Patriot Prayer, III Percenters, Proud Boys, and others seem to grow, they are consistently outnumbered by antifascists, leftist organizations, labor groups, and community activists. While firearms were present on both sides, the far right group were heavily armed with both rifles and sidearms.

SPD kept both sides separated by at least 50 feet and metal barricades, although far right activists were seen walking through the counter protest side. Armed militia and III Percenters acted as security, having people open their bags, having them drink their water to prove it wasn’t acid, and checking the guns of protestors on their side that were not white.

The far right group marched around the block twice, but were prevented from interacting with counter-protestors. Three on the counter protest side were arrested for non dispersal, but only minor scuffles and brief confrontations were spotted between the groups. 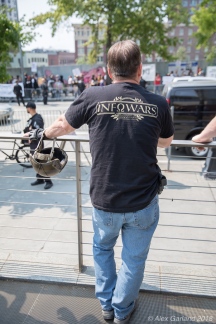 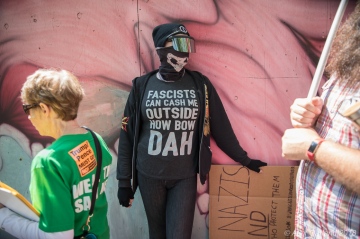 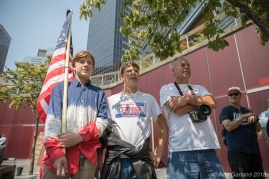 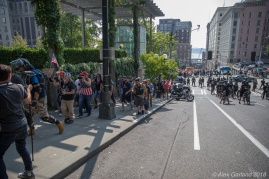 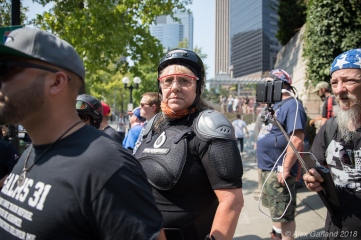