A rainy Cal Anderson Park on Capitol Hill in Seattle was the rally location of more than 400 anti-fascist, anti-racist, community members and activists who marched to confront a rumored march of white supremacists. The Hammerskins, a small white supremacist group originally formed in Dallas, Texas were rumored to be having an event in Ballard with multiple white power bands and a “cross burning” before marching through Capitol Hill. More information about the Hammerskins can be found here…The Stranger’s article.

Anarchists from around the Pacific Northwest joined with local peace activists, socialists, “Radical Women” and community activists to protest the possibility of white supremacist groups getting a foothold in Seattle. After approximately 30 minutes in Cal Anderson park, the crowd marched for 2 hours through Capitol Hill, moving down Broadway, across to 12th, up and down Pike/Pine and near Cal Anderson. The Seattle Police Department had a 6-8 officers on bikes assisting 4-6 patrol cars blocking traffic officers in riot gear arrived after a dispersal order was given, far fewer than have been seen at many Black Lives Matter demonstrations. There were no sightings of white supremacists, skinheads, or neo-nazis and although there were reports of minor vandalism, no arrests were made.

*Edit – It’s been reported that several riot police arrived after the dispersal order was given. 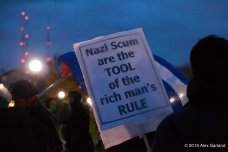 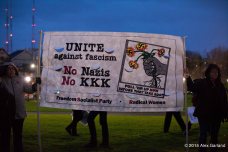 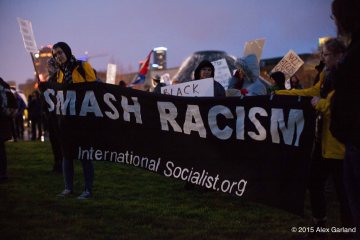 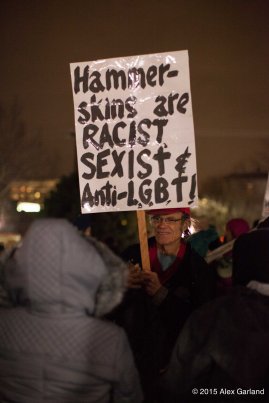 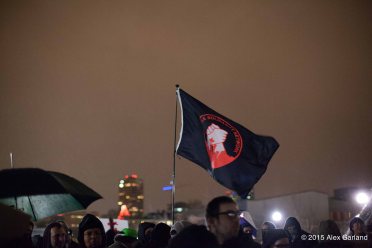 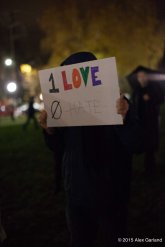 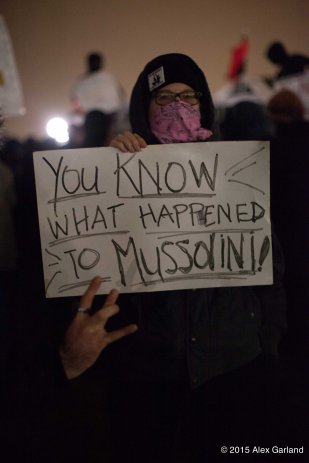