Bills aimed at restricting bathroom and locker room for use by those identifying as a transgender man or woman were narrowly defeated in the Washington state legislature during a vote on February 10th, but that didn’t stop a Facebook group calling themselves “Keep  Locker Rooms Safe” from organizing a demonstration to repeal section 162-32 of the Washington Administrative Code, covering  Sexual Orientation and Gender Identity.

As those looking to increase restrictions on bathroom use stood on the steps of the legislative building, they were faced with at least 150 counter-demonstrators comprised of allies and activists, on the steps of the Washington Supreme court showing support to transgender members of their communities.

The Stranger talks more about the day here… 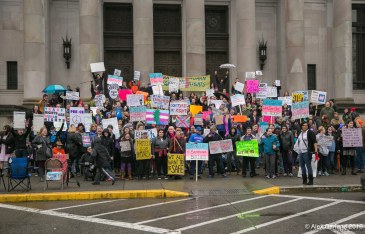 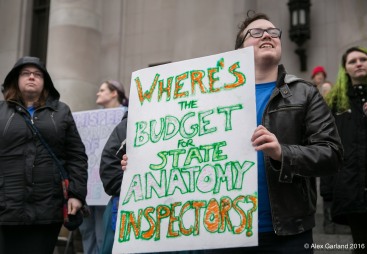 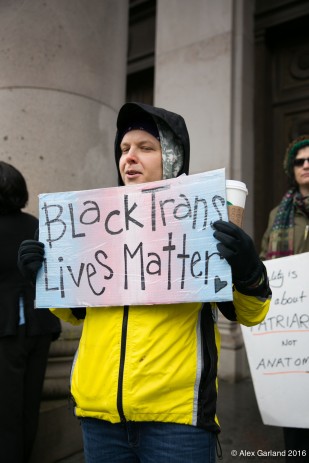 Those protesting to repeal WAC 162-32 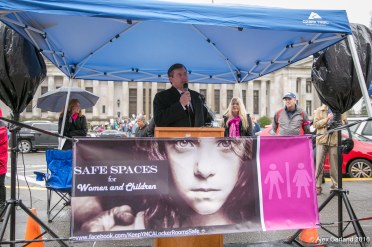 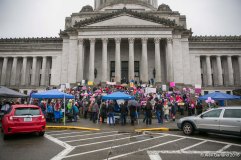 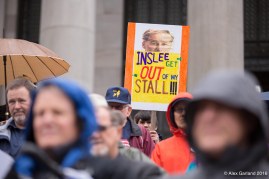